David Rudisha produced one of the most incredible displays of middle-distance running to claim the Olympic title five years ago in a world record of 1:40.91.

The Kenyan was aiming to return to the scene of his greatest triumph in a bid to win his third world title – a feat only achieved outdoors by Denmark’s Wilson Kipketer – but the reigning champion announced on Monday that he will forego the defence of his title due to a quadriceps strain.

Rudisha was chased home in the Olympic final in 2012 by the hitherto little-known Nijel Amos from Botswana, the gangly teenager claiming a silver medal in a world U20 record of 1:41.73 which still ranks equal third on the world all-time list alongside Sebastian Coe and behind Kipketer and Rudisha.

Amos has since been blighted by a succession of injuries and was knocked out in the heats at the Olympics last summer, but the 23-year-old is returning to form under the tutelage of his new coach Mark Rowland at the Oregon Track Club in Eugene.

Amos’s time in London stood as the world lead for less than a week until newcomer Emmanuel Korir eclipsed that mark with a 1:43.10 clocking at the IAAF Diamond League meeting in Monaco.

Coached by 1988 Olympic champion Paul Ereng at the University of Texas at El Paso, Korir is undefeated in individual events this year, both indoors and outdoors, having also set a 400m PB of 44.53. He concluded his collegiate season with victory at the NCAA Championships; subsequent wins at the Kenyan Trials (1:43.86) and in Monaco (1:43.10) shows he isn’t suffering any ill-effects from a demanding season which started in earnest in January when he set a since-beaten world indoor 600m best of 1:14.97.

The Kenyan team is also made up of world U20 champion Kipyegon Bett, who was second to Korir at the Kenyan Trials, and Ferguson Rotich, who was fifth in the Olympic final last year and fourth at the World Championships in 2015.

Clayton Murphy took the bronze medal in the 800m at the Olympic Games but with the 22-year-old injured and not competing at these championships, US hopes will be resting on the shoulders of national champion Donavan Brazier who tends to favour a faster pace.

Poland’s Adam Kszczot is only ranked 25th on paper but the world silver medallist did take a big victory in the IAAF Diamond League meeting in Rome at the start of June when he defeated a field including Bett and Brazier in a tactical, championship-style race.

Having finished seventh, fifth and fourth in successive major championship finals since 2013, France’s Pierre-Ambroise Bosse’s participation looked in some jeopardy due to a hip injury but a timely season’s best of 1:44.72 in Monaco shows he is returning to form just in time for the big event. 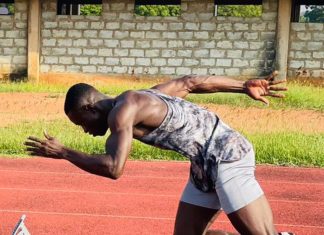 staff - May 10, 2022
0
University of Ghana Legon (UG) sprinter Abdul Rasheed Saminu wants to be on Ghana's 4x100m relay team for the African Championships, Commonwealth Games and... 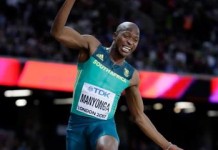 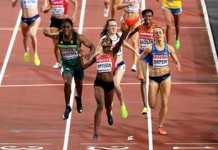 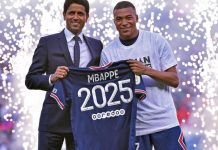