We have been here before so many times, it has become almost deja vu central: Usain Bolt heading a global championship with a question mark over his ability to produce his customary Midas touch.

This time we have reason to savour the uncertainty and anticipation all the more, because sadly we won’t be venturing this way ever again. So, here goes…

It was, however, a 9.95 performance with considerable room to spare. There was the customary sluggish start, yes, but then the pick up and drive took just enough out of the Bolt tank to secure victory.

Statistics might never be the story with Bolt but some of them can be quite revealing. There have been major questions marks about his form and fitness ahead of the past four global championships. Each time he has answered with a gold in the 100m, another in the 200m and a third in the 4x00m.

This time, in his final competition before he sprints off into the sunset, the fastest man in history (lest we forget, 9.58 for 100m, 19.19 for 200m at the 2009 IAAF World Championships in Berlin) only has the 100m and 4x100m relay to contest as he seeks to take his record gold medal tally to 13. He has become a seasoned campaigner at shaking off pre-championship rust, improving through the rounds and hitting his annual peak in finals.

So Christian Coleman may hold an impressive world lead of 9.82, stretching back to the semi-finals of the NCAA Championships on 7 June, but Bolt will be confident of getting himself down into the 9.8s and into razor-sharp racing form for when it matters most.

The Jamaican phenomenon has won six of the seven global 100m finals he has contested. He has only been beaten by himself: when he false-started at the 2011 IAAF World Championships in Daegu and his training partner Yohan Blake proceeded to temporarily claim his title.

In those six other finals, Bolt’s average winning margin has been 0.10 – a significant gap in global sprinting terms. Only once has a rival come seriously close to beating him. Justin Gatlin was edged out by a mere 0.01 at the 2015 IAAF World Championships in Beijing but in Rio last year Bolt had a 0.08 gap on the US sprinter, as he had at the 2013 IAAF World Championships in Moscow, when the former 100m world record-holder was again the silver medallist.

Like Bolt, Gatlin has a season’s best of 9.95, which the 34-year-old achieved in taking the US title ahead of Coleman (9.98) in Sacramento on 23 June. Coleman has not contested a 100m since, so the current shape of the 21-year-old collegiate star is not entirely clear.

The same could be said of Blake. He won the Jamaican title on the same day (23 June) in 9.90, the second best time of the year, but a groin problem has kept him from racing since following up with success in the 200m two days later.

South Africa’s Akani Simbine has eight legal sub-10-second performances to his name this year, and stands third on the world list with 9.92. Britain’s Chijindu Ujah and Ivorian Ben Youssef Meite have both scraped under 10 with 9.98 clockings but, more pertinently, have shown a level of racing consistency that suggests they could feature in the hunt for medals in what is destined to be a momentous men’s 100m final.

Olympic bronze medallist Andre De Grasse had been expected to challenge for a medal in both sprints in London, but a grade two hamstring strain has forced the Canadian to withdraw from the World Championships and prematurely end his season. 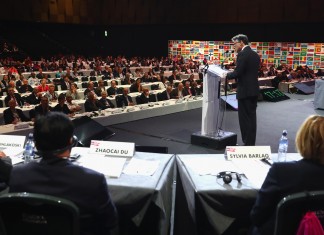 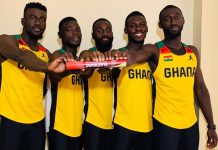