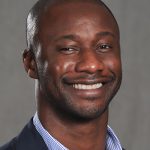 Three US-based Ghanaian athletics legends have slammed a BBC investigation into what they describe as ‘false extortion claims’ by Martha Bissah against the President of the Ghana Athletics Association Prof. Francis Dodoo.

This comes after an article by a GAA executive, Erasmus Kwaw, on Thursday in which he revealed a year on investigation by the BBC into Bissah’s claim the GAA boss asked her to pay GH7,000 for a scholarship. The author described the BBC’s investigation as ‘a witch-hunt or at worse a hatchet job.’

The author explained how an advice by Prof. Dodoo to Bissah to manage her money well after the latter had received a gift of GH10,000 from President Mahama in 2014 following her Youth Olympic Games gold medal had been spinned and weaponised by opponents of the Prof. Dodoo led GAA. 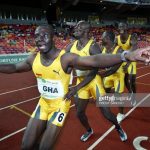 Responding to the article on an athletics whatsapp platform on Thursday, Dr. Christian Nsiah, a member of the 2003 All African Games 4x100m gold medal winning team expressed disgust at the accusations. He related his experience on the issue in this passage.

“Wow. Hmm I can’t believe this is still going on. Several years ago when this issue was going on, I was in Ghana for vacation and attended Ghana fastest at El Wak stadium. A former athlete mate introduced Martha to me and had a long ranging discussion with her and this issue came up and after pressing her she I realized she was talking about the same thing Prof. Dodoo always preached to the rest of us young folks coming through the system. Manage your money right because when you get a scholarship nobody can really help with the expenses involved. I called coach Nukpeza over along with a few others and explained everything to them. They told me they didn’t know it’ll that was the case and it must have been a misunderstanding. I really thought I had made these people understand the situation clearly. But I left Ghana a few weeks after that only to watch Martha and another good for nothing former athlete go on a TV interview and narrate the bogus story of extortion to the public again.” 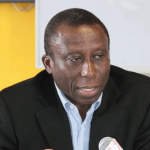 Prof. Dodoo is said to have helped over 100 athletes secure scholarships in American Colleges and Universities from his days in University to date.

“I was one of the athletes Prof. helped to get a scholarship eons of years ago, and I can attest even during those years when the Prof. was still competing, he never extorted any money from all the many athletes he helped to acquire scholarships to come to the USA. I was so disappointed in Martha and her cronies that when she got into trouble with the NCAA and some of her advisors reached out to me to help, I respectfully declined because I didn’t want to get involved with lying non grateful people once again.

Dr. Nsiah questioned the motive behind the so-called investigation by the BBC.

“What does BBC stand to gain from this bogus story anyway?”

“Wow. People like this are just incorrigible. How is this even a possibility that Prof. is so broke or greed you that he wants a piece of her meager GHC 10,000. Prof. may be a lot of things but corruption, greed, and jealousy cannot be mentioned in the same sentence as him. That’s something none of his fiercest critics can even say.

He added, “Did they also tell the BBC they tried to pin Martha’s issues with the NCAA on GAA. Peddling false information that it’s the GAA through Andrew that reported things to NCAA?”

“Sad but it gets even more bizarre. Bissah’s allegation has now changed. Now, she claims Prof Dodoo *whispered* into her ear that she must pay money for him to help her with a scholarship.”

“Baba for top there, no go shame us. This is definitely for someone’s selfish gain. Erasmus very good journalistic job done.” 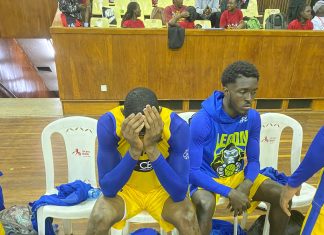 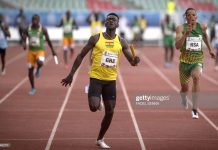 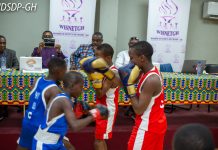 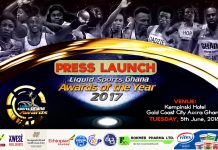