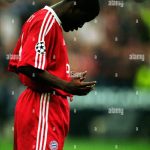 As part of the second season of the Heart and Soul programme which is broadcast on Saturdays on GTV’s LifeStyle TV from 11:00 to 11:30, the show will in the coming weeks air an archived interview with ex-Ghana world cup defender Sammy Osei Kuffour where the latter revealed how he used to sell weed and work as a shoeshine boy to survive in Ash Town, a suburb of Kumasi.

The former Bayern Munich defensive stalwart recounted what he called the “horrible things” he did in the past including peddling cannabis.

“I was a bad boy, I was a shoeshine boy, I was a wee seller, I was doing a lot of horrible things in my life as a young one,” he told show host Erasmus Kwaw in the said interview.

The 2006 FIFA World Cup participant made his first public declaration to become a Pastor on the BBC World Service during an interview in 2003 following the tragic loss of his daughter, Godiva, in a swimming pool drowning incident.

The interview delves into the fascinating life of one of Africa’s best defenders, who won the UEFA Champions League with Bayern Munich in 2001 having infamously wept as his side lost to Manchester United in 1999. Kuffour felt that the loss to Sir Alex Ferguson’s side could have been avoided had Lothar Matthaus not been substituted in the 70th minute in the game.

But there is a close link between Kuffour’s personality and his tough upbringing in Ash Town, a suburb of Kumasi, where he lived with his mother and three sisters. These were the four people who had the greatest influence on his early life, as Kuffour’s father lived in Canada at the time.

Kuffour recalled how his mother sold the family television to enable her to buy the pair of boots he needed for national assignment after he earned a call up into the Black Starlets team in 1991. As Kuffour recalled, she lied to his sisters about the sale of the TV set.

“My mum stood behind me and lied to my sisters that the TV was with the repairers, but the TV was sold and I got the money to buy the boots. She saw something in me even though, at the time, football was not that big,” he said.

It was at German giants Bayern Munich that Kuffour had his biggest breakthrough.

The former Fantomas and King Faisal Babies player went on to become the first African to play for Bayern Munich, winning a total of about 17 titles with the Bavarians in a career spanning 12 years.

However, as Kuffour explained, it was not an easy journey.

“We had about four German national team players playing with me but Franz Beckenbauer told me ‘you have to play,” the ex-defender recalled.

“Every day, I had to give 120 percent to the team because I am from Africa. Sometimes even when I was sick, they had to give me injections so I could play,” he said. 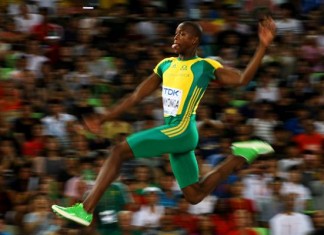 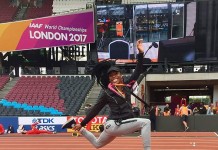 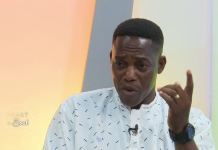