Liberian sprinter Emmanuel Matadi said it was a good feeling to win the first event at the IAAF World Championships after winning heat one of the preliminary round of the men’s 100m with 10.27s.

Matadi has thus qualified to the next round of the 100m alongside Canada’s Brendon Rodney and Kenya’s Mart Otieno Odhiambo who came second and third with 10.37s and 10.40s respectively.

Asked how it felt to have won the first event of the championships, Emmanuel Matadi said:

“I felt really good – I felt like I started well; to get the first event of the world championships in the 100m is a really good feeling.

Matadi, who has a personal best 10.14s and season’s best 10.18s,  added that he was not happy about his performance saying, “I wanted to be faster but it’s early days and the first round, so we’ll see what happens next. This race was really just about getting out and getting through, so onto the next.”

“Obviously the times will be faster [in his heat] because the heat will be a bit more stacked.

“I guess I’d have to say I want to go after the big dogs [in round 1]. I want the big guy; big Bolt! Hopefully I can catch him before he goes out,” he summed up. 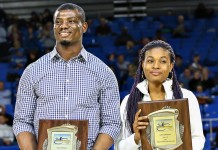 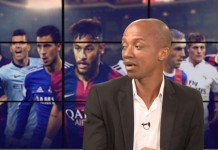 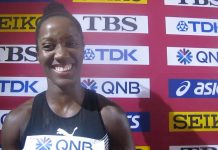