One way or another, history will be made in the men’s 200m as the winning sequence established by Usain Bolt in 2009 – when he set his current world record of 19.19 in Berlin – comes to a close.

After four successive world golds at his favourite distance, the 30-year-old Jamaican, concentrating on the 100m and 4x100m in his last championship hurrah, has left the field open for a new talent to get the winning feeling over the longer sprint. But who will it be?

Bolt himself has hinted that he believes it will be the South African who is currently world and Olympic champion at 400m, 25-year-old Wayde van Niekerk, who will be seeking a 200m/400m double in London.

But also seeking that double will be Botswana’s in-form 30-year-old Isaac Makwala, whose clocking of 19.77, set on the same day as a sub-44-second 400m in Madrid on 14 July, replaced Van Niekerk’s best of 19.84 at the top of this season’s lists.

And their task will be made slightly easier following the recent withdrawl of Canada’s Andre de Grasse, who set a national record of 19.80 in taking Olympic silver last summer.

Jamaica’s Yohan Blake, joint sixth on the 2017 list with a clocking of 19.97 and with the second fastest 200m of all time, 19.26, to his credit from the 2011 Brussels IAAF Diamond League meeting, remains a conundrum.

Now 27, he has suffered a seemingly endless sequence of injuries, and most recently had to pull out of last month’s IAAF Diamond League event in Rabat as a precaution because of a hamstring injury. The talent, clearly, is huge. But although Blake is entered, how fit will he be? Because a fit Blake could still change everything…

It’s a similar question with Olympic bronze medallist Christophe Lemaitre, also 27. The Frenchman has only managed 20.29 this season, when he finished second at the IAAF Diamond League meeting in Rome on 8 June, and he had to pull out of the European Team Championships in Lille with injury – but he has a proven championship record once his body allows him to compete.

The main US challenge looks likely to come from the man who won the US Championships in a season’s best of 20.09, Ameer Webb, who has a personal best of 19.85. Second-placed Christian Coleman, the 21-year-old who has the third fastest 200m time of 2017, 19.85, to his credit, is selected for the 100m, and 20-year-old Noah Lyles, fourth in the lists with his 19.90 victory at the Shanghai IAAF Diamond League, was forced to withdraw from the US Championships.

Van Niekerk’s compatriot and training partner Akani Simbine, whose 19.95 at altitude in Pretoria on 4 March has established him at fifth on this year’s world list, will also like his chances of making an impact, as will Jereem Richards of Trinidad and Tobago, whose personal best of 19.95 in May has him at joint sixth in this year’s list along Blake.

Meanwhile Britain’s Nethaneel Mitchell-Blake, who heads the 2017 European list with 20.04, will be looking to go sub-20 as he mounts his challenge for the podium.

Also likely to be in the mix – Panama’s Alonso Edward, who has only managed 20.74 this season but who has a personal best of 19.81 and won last year’s Diamond Trophy. 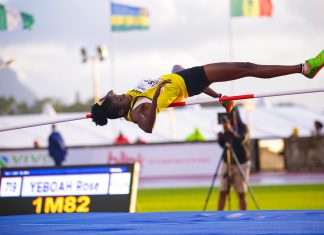 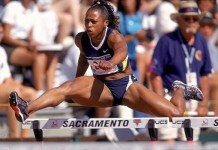 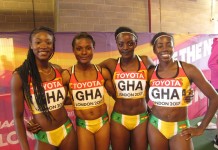