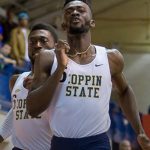 Owusu-Antwi, a student of Coppin State University Baltimore, Maryland, erased his teammate Joseph Paul Amoah’s national record of 20.80s which was set on 5th March, 2017 with his latest feat.

Martin and Joe’s current performance ranks them 3rd and 4th in Africa, 8th (tied) and 10th respectively among the Commonwealth countries (indoor rankings) as of February, 25, 2018.

Owusu-Antwi enjoyed a breakthrough season in 2016, winning gold in the men’s 200m final and 4x100m final at the 8th Africa Universities Games in Johannesburg, South Africa.

He came to prominence when he achieved a personal best 20.73(PB) in the men’s 200m final at the Soga-Nana Memorial meet on 8th July, 2016 at Cape Coast before joining Coppin State University in Maryland, USA later.

Owusu-Antwi and Amoah are enjoying a very health rivalry at their school pushing themselves to the limit and also combining their strengths in the relay events.

Last month, Amoah clocked 20.97s to take first place in the men’s 200m indoor at the 2018 Bruce Lehane Scarlet and White meet while Martin Owusu-Antwi came second with 21.10secs in the same race.

On 26th January, 2018, Amoah broke Coppin State University’s school-record in the 60m event, running 6.72s in the semi-finals before finishing with 6.73s to take second place in the finals at the Penn State National Open. Amoah’s old school-record was 6.78 which he ran at the 2017 IC4A Championships.

There is no telling who is going to break the national record again or when it is going to happen. 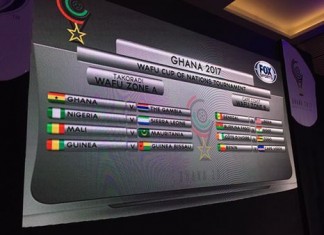 Erasmus Kwaw - July 27, 2017
0
Ghana has been drawn against Gambia in their opening match of the WAFU tournament after the Live  draw which was held in Accra on...

Video: Japanese sprinter Sani Brown not sure about competing for Ghana 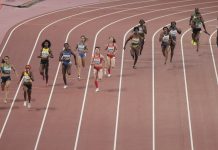