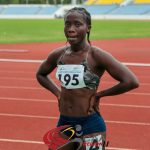 Boakye captured the hearts and minds of athletics fans when she clocked the third-fastest 100m time (11.56sPB) by a home-based athlete in the women’s 100m invitational at the recently held CAA Region II Championships in Cape Coast.

With the benefit of video clips on the Ghana Athletics Association’s Facebook page, Prof. Nsiah, who was Ghana’s coach at the World Relays Silesia 2021, said Mary is the jewel in Ghana athletics.

“She is a germ that has been found. With proper care, this girl will go places,” Prof. Nsiah told www.liquidsportsghana.com from his base in the USA.

The Ghana Armed Forces sprinter subsequently won the women’s 200m invitational in a lifetime best 23.86s at the same event.

“Mary’s run is awesome, she needs a little bit of work on her block positioning, but that girl is powerful. I saw a race of hers in the 200m, her last 50m, she sits a little bit instead of running tall and leaning slightly forward instead of backward. I know she is short but that can be fixed.

Asked what kind of adjustment she has to make in her block positioning, Prof. Nsiah explained:

“Slight expansion in her stance and her hip placement in that set position. How she comes out of the blocks is good and it’s all because of her power. However, a little bit of adjustment in the blocks will do her mighty good.”

Prof. Nsiah equally pointed out that the petit sprinter has a good turnover once she gets in her stride.

“Her turnover is good, however, she sits a little even making her stride shorter. For a short person, that is not too good. In the 200m, you see that a lot in the second half of her race.”

“She will have to push herself to lift her knee and step out further than she does right now. A workout that forces her to elongate her strides will help.”

He is currently a Professor of Finance & Economics at Baldwin Wallace University. 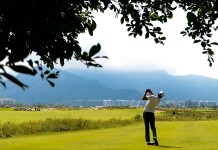 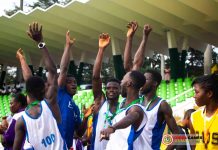 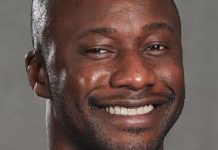 Juju in sports is a recipe for laziness – Track legend...