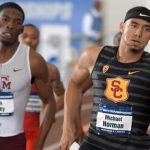 World U20 200m champion Michael Norman clocked a world indoor record* of 44.52 to win the 400m at the NCAA Indoor Championships in College Station, Texas, which concluded on Saturday (10).

The field was so deep that five men ran faster than the gold medal-winning time of 45.47 from last weekend’s IAAF World Indoor Championships Birmingham 2018.

Akeem Bloomfield set a Jamaican record of 44.86 in second, becoming the No. 6 performer ever indoors. Mylik Kerley was third in 45.16.

MEN’S 4X400M RELAY WORLD INDOOR RECORD FALLS
Nor was that the end of it.

The women’s 400m was also won by a University of Southern California sprinter, Kendall Ellis, who took the first of two sections in 50.34 for a North American Area record. Sydney McLaughlin won the second section in 50.36, an U20 world record*, and finished second overall. Both were under the gold-winning time from Birmingham.

McLaughlin, 18, revealed afterward she would resume outdoors in the 400m hurdles, in which she holds the U20 world record. Her original plan was to skip the 400m hurdles in her first college season.

The 200m races were only slightly less momentous than the 400s.

Elijah Hall became the fourth man to win a 60m/200m double in the indoor NCAAs. He is the University of Houston’s first champion in the short sprint since Carl Lewis in 1981. Hall edged Jamaica’s Raheem Chambers, 6.52 to 6.53.

Then Hall ran history’s second-fastest indoor 200m in 20.02, a North American and collegiate record. The world record of 19.92 by Namibia’s Frankie Fredericks has stood since 1996. Nigeria’s Divine Oduduru was second in 20.21, making him the No. 5 performer ever, and Rai Benjamin third in 20.34.

Besides Norman and Hall, the male star was Grant Holloway, who helped Florida to a team championship.

Great Britain’s Josh Kerr, after being beset by cramps in Friday’s distance medley relay, repeated as mile champion in 3:57.02. His closing 400m was 54.23.

Tim Duckworth set a British record of 6,188 points in the heptathlon. He is the first British athlete to win an NCAA combined events title, indoors or outdoors.

Randall Cunningham prevented Trey Culver from becoming the first to win three in a row in the high jump. Both leaped 2.29m, as did third-place Shelby McEwen, with Cunningham, whose sister Vashti jumped to world indoor silver last week in Birmingham, taking the victory on countback.

Triple jumper Keturah Orji set a championship record of 14.27m. She was second in Friday’s long jump and helped the University of Georgia to its first NCAA team title in athletics, men or women, indoors or outdoors.

Pole vaulter Lexi (Weeks) Jacobus broke her own championship record with a clearance of 4.66m. Twin sister Tori Hoggard was second at 4.61m.

Roy Jordan for the IAAF 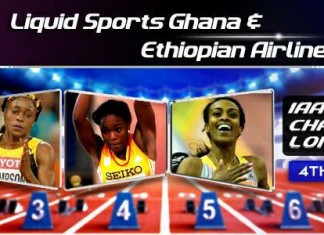 Erasmus Kwaw - August 11, 2017
0
Sponsored by Ethiopian Airlines, London 2017. The long jumpers got quite the worst of Wednesday night’s weather. No one got the automatic qualifying distance of... 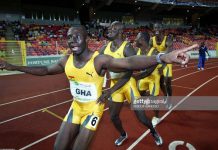 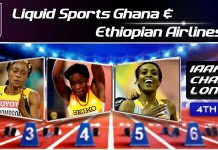 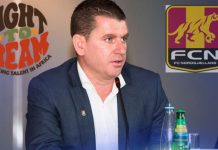 Right to Dream blames “unscrupulous agents” for decision to ban 5...