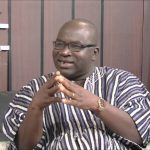 Dear Director General of the NSA.

I wish to congratulate you for reviving the long forgotten Sports Festival / Unity Games. Indeed we were able to see the input from all the ten regions in the selected disciplines and you would see for yourself that the regional directors, coaches and others are doing tremendously well.

I was happy when it was confirmed that next year we shall again meet at Cape Coast. But please allow me to point out to you the discrepancies that marred your Festival in Kumasi.

The timeframe in which the Festival was declared and date fixed was not suitable for adequate preparations. We were so fortunate to have all teams participating in the various events due to the just ended GES interregional games which was hosted in Cape Coast. Most of the teams used at the Festival were the same that took part in the GES games.

What you should do next time is to inform the sports community on the date of the Festival 6 or 5 months to time so that the national and regional federations can prepare adequately to meet their various team demands.

Instead of doing it yearly would a two year program not be more suitable for budget and preparation purposes?

The publicity surrounding the Festival was nothing to write home about. The few media men that came around was not sufficient to cover the Festival. Please bear in mind that the Sports Festival is to be the biggest sports tournament organized by the NSA and needs to be treated as such.

You need to use all possible ways to publicize the games. The NSA tv was launched at the right time but you need to do more.

What you should do is to use GTV Sports plus and have them do some live broadcast of some of the matches. You should also use YouTube, Facebook, Instagram and others to cover the game. You should also make your website easily accessible with new contents so that one can have access to programs, results and standings. It’s not that difficult to do and all you need is a dedicated staff to handle it for you. You can even take clue from the IAAF and others.

You claimed on TV that officiating officials were sleeping in good hotels but what about the athletes? This is a national event and it needs to be treated as such. Putting athletes in schools were they can’t even charge their phones is not the best and i believe you can do better next year.

What you should do is to wait for the public universities to go on break and use their halls for the athletes just like you did in 2011 when it was hosted in Legon. In doing this you manage to keep everything close to each other (food, playing areas, residence).

I also found out that those who were not supposed to sleep at hotels ended up there and so the allowances meant for officiating officials had to be diverted towards settling additional hotel bills.

What you should do is to delegate someone to approve who sleeps where.

This year, coupons were given on daily basis and it came with all kinds of problems. This again is ridiculous as you are not dealing with children. Per the booklet printed you had an idea of the number of people coming so print coupons accordingly and make room for extra ones. Submit coupons for the entire duration of the games to the regional teams, officiating officials and others when they report at the secretariat and avoid this childish way of giving out coupons.

Caterers were reduced to serving food at the car park of the Baba Yara Sports Stadium or Paa Joe Stadium. Food was always coming in late because it was the same caterer that served breakfast, lunch and supper.

What you should do is to take 3 or 6 caterers and share the 3 meals among them so that everyone gets to eat on time. Have a specific place for them where everyone can go and sit down and eat. Make sure food is on time and caterers are serving quality food with regards to the money you are paying them.

For your information the supper on the date of arrival and the breakfast on the day of departure were not served so you will need to take a look at that.

Transportation was a huge problem at Kumasi and you would have to look at it one more time. At a point in time the officiating official bus would not agree to move with officials or would only want to go to a particular direction because he had to attend to his own region or he was told to go to a particular place.

After the closing ceremony, some of the special athletes were left stranded at the stadium as there was no one to send them to their sleeping place. During the games, table tennis athletes, who were playing at KTU were found stranded as no bus would go there on time to pick them up.

What you should do is to try as much as possible to keep all the games at one venue so as to reduce vehicle movement around town with the traffic involved.

Even joining the bus back to Accra was another hustle for officiating officials who did not join to Kumasi from Accra a week ago. Instead of NSA officials throwing words at each other in such situations, one should pick up the leadership mantle and find ways to quickly resolve such a challenge.

Some of the games were not adequately planned for or the job was left unfinished. Yes a field or court was already in place but there was nothing else put in place such as:

What you should do is prepare all the necessary materials with your logo and name of the event on it so as to make it look very official.

Some of the officiating official are yet to receive their allowance and the excuse is that some of the money was used to pay some of the hotel bills. And it even got to the point where the amount was even reduced.

Athlete were given a token of 50 cedis by the NSA and some of the Regional authorities added 25 cedis to it. The amount of 5 cedis in and 5 cédis out was also given during the journey for feeding to each athlete.

My dear director I believe you can better.

As an officiating official, I have had the privilege to go to many organized sporting events in Ghana and abroad.

If you want the Sports Festival to be the biggest event in Ghana, my dear Director General you would have to come out of your comfort zone and push for things to happen. This year’s festival cannot be compared to GUSA Games, GES Games, COESA Games and maybe WAUG Games.

Well done for bringing back the Sports Festival my dear Director but next year you will have to improve on so many things and I hope you do not repeat the same mistakes again. 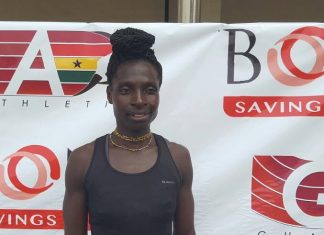 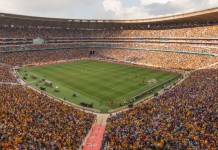 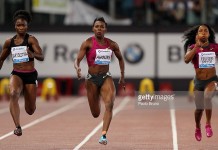