Continuing the rise that began in 2017, Christian Coleman will arrive in Doha as the man to beat for the title of the world’s fastest man.

Two years ago, Coleman sped to NCAA titles at both the 100 and 200m after speeding to 9.82 and 19.85 early season career bests. He returned to competition to finish second over both distances at the national championships, and in London a month and a half later, raced to silver to stake his claim as the “next” 100m star.

While much of his 2018 campaign outdoors –indoors, he took the world indoor 60m title after lowering the world record to 6.34– was marred by injury, he ended the year with a 9.79 win in Brussels, another lifetime best.

The second fastest man in the field is Divine Oduduru, the 22-year-old Nigerian who has produced a season very similar to Coleman’s 2017 campaign.

After a pair of sub-10 performances early on, Oduduru won the NCAA 100m title in 9.86 and doubled back to take the 200m crown in a blazing 19.73 – in short, a new star was born. But his follow up performances since taking to the pro circuit have provided mixed results, a 10.26 run in Paris in his pro debut but more recently, a 20.54 200m victory at the African Games. Oduduru clearly has the ability to work his way into the medal mix, but the question that remains is how heavy a toll his early season collegiate racing schedule has taken on World Championships form.

The chase field forms a fairly wide open field where experience is likely to play a key role.

South African Akani Simbine, the reigning African champion, finished fifth at both the 2016 Olympic Games and 2017 World Championships, and is arguably in better and more consistent form in the lead-in to Doha. He beat a strong field in the London stop of the Diamond League in 9.93 and clocked 9.99 more recently in Berlin.

Zharnel Hughes, the European champion, produced four successive sub-10 performances in June and July, capped by a 9.95 behind Simbine in London. More recently though, his form appears to have slipped. He clocked just 10.15 at the Diamond League final in Zurich, finishing sixth.

Canada comes armed with Aaron Brown, who’s improved to 9.96 this season, and Rio triple medallist Andre de Grasse, who continues to work his way back into contention after struggling with injuries over the past two seasons. The 24-year-old produced his best outing of the season in his most recent race, a 9.97 victory in Berlin. He also showed solid form over 200m, lowering his season’s best there to 19.87 in Brussels. Both are his fastest performances since 2016.

The most experienced is defending champion Justin Gatlin, whose victory in London came 12 years after his first. He’s gone under 10 seconds four times this season, capped by a 9.87 performance in Stanford in late June, but clocked just 10.29 in his most recent race in Zagreb three weeks ago where he was hit my a minor hamstring injury.

Another former champion in the field is Yohan Blake, the 2011 winner, whose 9.96 in Lausanne is the fastest by a Jamaican this year.

Others hoping to impress are Japan’s Abdul Hakim Sani Brown, the double dash winner at the 2015 World U18 Championships who joined the sub-10 ranks with 9.97, Arthur Cisse, who lowered Ivory Coast’s national record to 9.93, and 20-year-old Nigerian Raymond Ekevwo, who blasted to a 9.96 personal best to take the African Games title ahead of Cisse in August.

Bob Ramsak for the IAAF 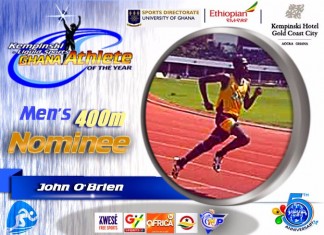 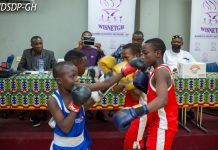 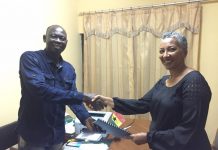 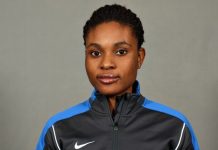