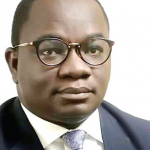 Members of the senior national badminton team have demanded for a probe into how scholarship funds meant for two athletes to prepare towards the 2016 Rio Olympic Games and the Gold Coast 2018 Commonwealth Games respectively were accessed by the President of the Badminton Association of Ghana (BAG) Evans Kojo Yeboah without the knowledge of the athletes involved.

According to a petition addressed to the National Sports Authority and the Ghana Olympic Committee on 17th March, 2020, nine badminton players said they had resolved not to play the sport until the President of the Badminton Association of Ghana Evans Kojo Yeboah is asked to “step aside or step-down” from his position.

Among other issues raised in the petition, the players allege the BAG President collects “Mandatory payments of 20% by players from their prize money and allowances (i.e. Commonwealth Games, and other international events), yet fails to refund that of the due percentage of 5% to clubs (badminton).”

Grace Atipaka told this investigation every player of the senior national badminton team was made to pay $420 of their per diem allowance to the BAG President at the 2018 Commonwealth Games in Gold Coast, Australia.

“When we went to Australia, he (Evans Yeboah) collected $420 from each player. That is the 20% in his own constitution, me I don’t know. Out of the 20% collected, 5% will go to the regional association while 5% will go to the clubs where the player is coming from.

Meanwhile, we don’t have any regional association. I and another girl, Eyram belong to the Winneba Badminton Club so when we came back we were expecting the club to receive their share from the President. But he is now telling people we (the club) are not in good standing.”

Responding to the issue in an earlier interaction, the BAG President said there is a provision in the BAG constitution in Article 39.3 that makes it mandatory for athletes and officials to pay 20% of their allowances to the association for distribution to the BAG (10%), Regional Associations (5%) and clubs (5%).

This investigation could not independently verify the claims by the BAG President on this specific issue.

Meanwhile, in a separate five page petition dated 5th October, 2020 and addressed to the GOC and NSA, a group of aggrieved badminton club administrators claimed the current executive has not rendered accounts for its stewardship ever since being elected into office in 2017 saying, “the “Executive Board” from 2017 to date render to all stakeholders audited accounts for the General Assembly.” That petition was signed by Mr. William Odoi of the Badminton Club of Accra.

The latest development comes after our earlier investigative piece on the failure of the Ghana Olympic Committee (GOC) to pay Commonwealth Games scholarships worth £5,000 each to badminton player Grace Atipaka and athlete Atsu Nyamadi prior to the 2018 Commonwealth Games held at Gold Coast, Australia.

The GOC had earlier named the duo as part of 7 sportsmen/women who had been granted scholarships to prepare for the Games but the two athletes say they never received any payments from the GOC.

Unknown to this investigation, a petition had already been addressed to the National Sports Authority and the GOC by aggrieved badminton players in March, 2020 who had asked for an investigation into the matter.

“The non-disclosures and accounting of Grace Atipaka’s GOC Commonwealth Scholarship 2018 which was meant for training programs and others training equipment,” the petitioners said before adding, “The issues surrounding Daniel Sam’s Olympic Scholarship of 2016 and its lingering challenges to date.” 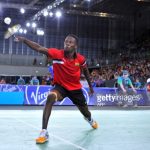 Meanwhile, Daniel Sam told this investigation he was advised by Evans Kojo Yeboah to open a joint account with him when his Rio 2016 scholarship was announced on 11th March, 2015. He subsequently deposited ¢8, 000.00 and ¢9, 000.00 respectively of his Rio 2016 scholarship funds into the account in 2015. At the time, Sam explained that Evans acted as his manager and he therefore did not envisage problems with him going forward.

But Sam said his subsequent attempts at accessing the funds to help his mother settle her rent bill which was due turned into a bitter struggle as Evans, who was the then Treasurer of the BAG, refused to grant him access to the account. He therefore refused to deposit the next tranche of ¢10, 125.00 (HFC Bank Ghana Ltd-Ridge Branch cheque) issued by the GOC on 29th June, 2016 into the joint bank account.

Sam alleged the BAG official seized his passport and threatened to have him arrested if he did not return the funds. He added that it took an emergency meeting involving the then BAG President Nestor Galley, one Mr. William Odoi and Mr. Rockson to prevail on Evans Yeboah to return his passport after they had also threatened to have him arrested as passports are the property of the Republic of Ghana.

Sam added that Evans has since failed to produce an account statement showing how the funds have been used till date. He has since had a strained relationship with Mr. Yeboah who has since become the President of BAG, he said.

When contacted, Evans Yeboah said he was not an executive of the BAG when the incident took place.

The petitioners raised other issues in the 12 point paper bothering on representation, welfare and transparency.

They raised a very serious claim in point 8 where they said the BAG President “registered unknown players for international tournaments,” before expressing displeasure at how they were denied jerseys and other equipment after competitions:

“Collection of jerseys, playing equipment and tracksuits of National players after competing for the Nation. E.g. Commonwealth Games 2018 and others events.”

Meanwhile, in a rejoinder posted online in response to our earlier publication by this author captioned “GOC ‘failed’ to pay 2 athletes £5,000 Commonwealth Games scholarship,” the BAG claims Grace Atipaka took part in a “series of seven international competitions and qualifiers in 2017 and February, 2018.”

It is instructive to note that six out of the seven listed competitions took place before 17th November, 2017, the day the GOC announced the Commonwealth Games scholarships.

It is stated in the document however that “there was a qualification pathway for the mixed team event. The badminton competition will be Open Allocation for CGA’s to enter athletes, with the exception of the Mixed Team Event.”

Contrary to claims by the BAG the scholarship money was not “pocket-money” for the athletes, this investigation found out earlier scholarships from the GOC were generally meant to help “athletes receive access to appropriate training facilities, pocket-money and limited travel costs to Olympic/Commonwealth Games qualification competitions,” according to a publication on the GOC website dated 11th March, 2015.

The experiences of the other 2018 Commonwealth Games scholarship recipients.

This investigation dug deeper into the issue to know just how bad the situation was by interviewing some of the other athletes who were named as beneficiaries of the 2018 Commonwealth Games scholarships.

Kumasi-based para wheelchair specialist Felix Acheampong was full of praise for the National Paralympic Committee (NPC) for the role they played in helping him access the funds from the GOC.

He told me at an appointed day and time, he came over to Accra and together with the NPC officials went to a bank at the “High Street of Accra” and cashed a cheque for his preparation for the Games. His plan to train in the USA before the Games was approved while the NPC equally approved his request to buy a new para wheelchair equipment to replace his previously worn out wheelchair racing equipment, he said.
However, US-based athlete Atsu Nyamadi insisted he never received any funds from the GOC despite the earlier announcement in November, 2017.

“I didn’t receive any funds to prepare towards the games,” he said, from his base in the USA on 28th October, 2020.
The Technical Director of the Ghana Boxing Federation Ofori Asare acknowledged payment of the scholarship to his outfit. He explained that the federation replaced the original boxer on the list Azumah Mohamed with another boxer Abubakari Quartey. Azumah did not make the Commonwealth Games list while the latter did eventually. 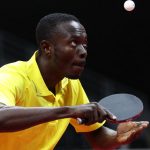 When contacted, the President of the Ghana Table Tennis Association Mawuko Afadzinu confirmed that the nation’s number one table tennis player Derek Abrefa received £5,000 scholarship to prepare for the Games.

He recounted how the release of the funds to Abrefa caused some problems as some other table tennis players thought the money should have been shared equally among the other players. Despite many calls to Abrefa, the investigation was unable to get through to him. 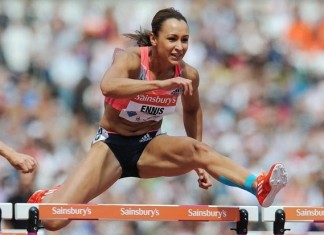 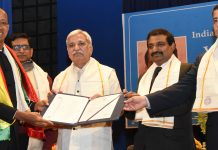