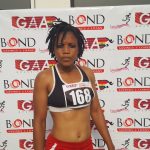 Reigning home based Circuit 200m champion Hor Halutie was the star of the show at the first leg of the Ghana Athletics Association’s Circuit Championships after clinching first place in the women’s 100m and 200m.

Sponsored by Just Because Fitness and Bond Financial Savings and Loans, the Wa born athlete won the 100m final with a season’s best 11.71s before grabbing another first place in the 200m with a personal best 23.85s(PB).

On a busy day which saw her race in the 100m heats and 200m heats before winning the finals of those two events respectively, Hor’s 23.85s feat in the 200m feat was made the more remarkable because Janet Amponsah was the last home based athlete to have dipped below 24s after clocking 23.86(PB) at the Maria Tsakos Junior Championships at Tamale in March, 2012.
Meanwhile, the Circuit recorded some major upsets with the reigning women’s 400m champion Rafiatu Nuhu losing her title to Sekondi based Faustina Amoah who crossed the finish line in 55.49s while Rafiatu settled for second place with 56.16s.
Ashanti region based Kwame Adjei stunned his training partner Malik Yakubu, by beating him in the sprint finish to win the men’s 10,000m with 31minutes: 46.19s while Malik clocked 31minutes:46.30s to take second.
The evergreen Margaret Simpson clinched first place in the women’s javelin throw, producing a season’s best 50.30m on her fifth attempt while Mary Zuta came second with 45.35m and Margaret Tweneboah took third place with 44.21m.
Sprint sensation Sarfo Ansah continued his heroics from the recent Ghana University Sports Association Games in the men’s 100m final where he came from behind to snatch first place from Greater Accra’s Desmond Aryee with a time of 10.52s.
In the men’s 200m final, Edwin Kwabla Gadayi came first with 21.41s while Central Region’s Duncan Agyeman came tops in the men’s 400m final with 47.27s.
Elizabeth Azuure won the women’s 5000m with 17minutes: 19.80s while Lariba Sakat won the 800m in a time of 2minutes:11.32. University for Development Studies’ Salomey Agyei took second place with 2minutes:11.78s.
Even though, none of the athletes who competed in the 18 events held at Sekondi qualified for the 2018 Commonwealth Games, the performances on the day suggests we might have some surprises at the second leg of the Circuit which comes up in Cape Coast on 24th February.
The Circuit, which is the biggest athletics meet on the domestic calendar, serves to provide opportunities for Ghana-based athletes to qualify for the 2018 Commonwealth Games in April and the 2018 CAA Africa Senior Championships in Nigeria in August.
In a related development the Ghana Athletics Association and Just Because Fitness (JBF), a Ghanaian sports promotion group, have signed an agreement for JBF to partner the GAA to stage a number of domestic athletic competitions in 2018, and to support four promising national athletes through a program dubbed “Sporting Chance.”
Through the partnership, JBF is supporting four (4) locally-based Ghanaian track and field athletes namely sprinter Hor Halutie, 400m runner Rafiatu Nuhu, marathoner Kassim Mohammed, and 800m runner Saraphina Adumbila through their Sporting Chance program.
The GAA’s Sekondi Circuit 2018 was sponsored by Bond Savings & Loans and Just Because Fitness. 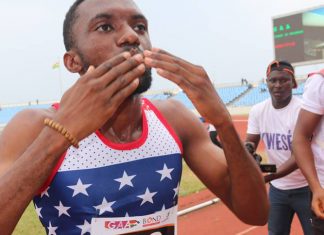 Erasmus Kwaw - February 27, 2018
0
In what arguably turned out to be the most competitive race at the second leg of the Ghana Athletics Association Circuit Championships held at...

I will become a Pastor – Ex-Ghana and Bayern Munich World... 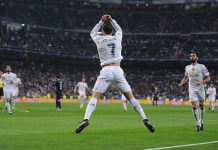 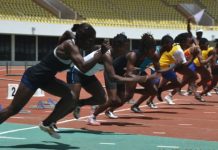 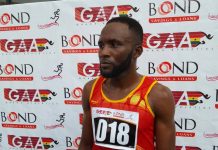 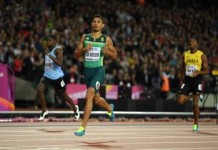