“I can’t remember a time when the competition has been so competitive and the stories around them so compelling,” said Coe. “From the opening salvo of discus and long jump to the 4x400m this evening we have witnessed sometimes no more than the thickness of a vest between the finalists.

“There is a clear recognition of the connection between athletes and fans,” he added. “The ability of athletes to raise their game is, in a large part, driven by theatre provided by full houses.

“When we get that right, this sport is unassailable.”

Many of the sport’s established stars – Mo Farah, Wayde van Niekerk, Sally Pearson, for example – won gold medals, but there were also several surprise medallists, which has introduced fans a field of young athletes making their debut on the global scene.

The likes of 100m silver medallist Christian Coleman, 400m hurdles winner Karsten Warholm, 200m finalist Abdul Sani Brown and triple jump winner Yulimar Rojas are among the many captivating stories that have unfolded over the past ten days.

The sport’s stars, new and old, have been able to better connect with fans at these championships, thanks to various social media campaigns taking place both inside the stadium and for those watching at home.

Many athletes have commented on how the atmosphere from the sell-out crowds have helped inspire them to medal-winning performances and highly competitive finals with unprecedented depth in numerous events.

The IAAF’s use of technology and event presentation continues to evolve.

Spectators have been able to use social media to interact and engage directly with the in-stadium crowds with photos, videos and messages being projected on to the screen.

The use of body cameras was tested during the championships, while Leeds Beckett University has been carrying out the biggest biomechanics research project ever conducted in athletics. An IAAF medical examination and healthy survey has also been undertaken during the World Championships.

The IAAF World Coaches Conference, held from 7-10 August, was well received and attracted hundreds of coaches, athletes and media across the four days of talks and presentations.

Hundreds of hours of television programming is expected to have reached a cumulative audience of about 400 million.

IAAF’s website traffic is up 20% on the last World Championships with 3.4million users and 7.5million sessions. There has also been a significant move towards mobile usage with more than half of the website’s traffic now coming via mobile devices.

A huge increase in followers for the IAAF’s social media channels – namely Facebook, Twitter and Instagram – has led to nearly eight million engagements across all platforms.

In collaboration with Microsoft and Skype, the IAAF launched the ‘SPIKES Bot’ ahead of the championships, which has helped expand the reach of athletics to a new audience.

“We’re still analysing numbers, but we’re looking at amazing figures across all platforms,” said IAAF CEO Olivier Gers. “It’s indicative that our sport is attractive to all generations and different demographics.”

The Athletes’ Commission is currently composed of 19 members, 12 of whom are elected by their fellow athletes and seven are appointed by IAAF Council. Elections for six of the 12 elected positions take place at each edition of the biennial IAAF World Championships. The six new elected members will begin their mandate on 1 January 2018.

Beitia was recognised for her efforts to console Alessia Trost of Italy after she failed to qualify for the final in the women’s high jump. It was an emotional moment for the 24-year-old Trost, whose mother and former coach passed away in the last year. 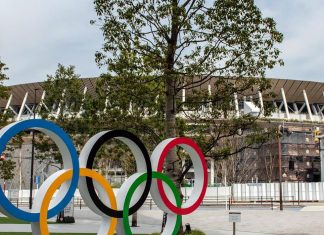 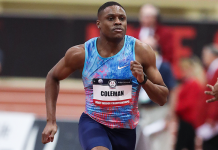 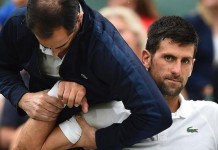 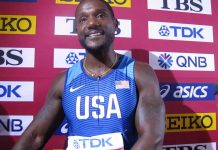 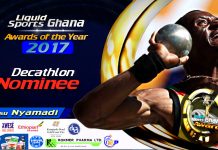