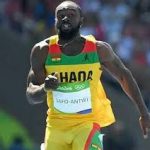 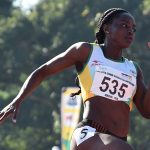 Two Ghanaian athletes will compete at the 17th IAAF World Indoor Championships in Birmingham, UK from 1st to 4th March.

Sean, 28, will be making his debut appearance for Ghana at the Indoors. He opened his season by clocking 6.64s in the 600m in Mondeville, France on 3rd February.

How they qualified:
Sprinter Sean Safo Antwi met the entry standard for the IAAF World Indoor Championships Birmingham 2018 after clocking 6.56s in the men’s 60m to meet the IAAF’s qualifying mark of 6.63s. Antwi, who is based in the UK, has a personal best 6.55s (PB).

Sprinter Flings Owusu Agyapong met the entry standard for the IAAF World Indoor
Championships Birmingham 2018 after clocking 7.26s in the women’s 60m to meet the IAAF’s qualifying mark of 7.30s.

Meanwhile, two other athletes, Emmanuel Dasor (400m) and Alex Amankwa’s (800m), have passed on the opportunity to compete at the Worlds. 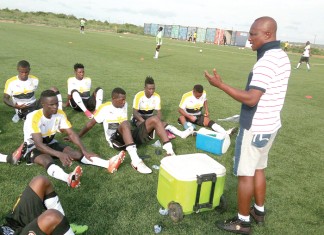 Erasmus Kwaw - July 27, 2017
0
Twenty-eight players have been invited to the Black Stars ‘B’ camp as they continue preparations for their CHAN qualifying match against Burkina Faso and... 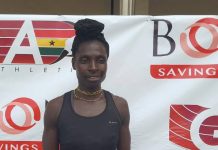